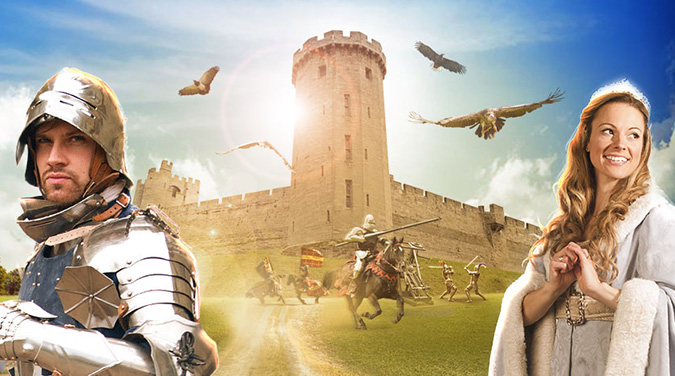 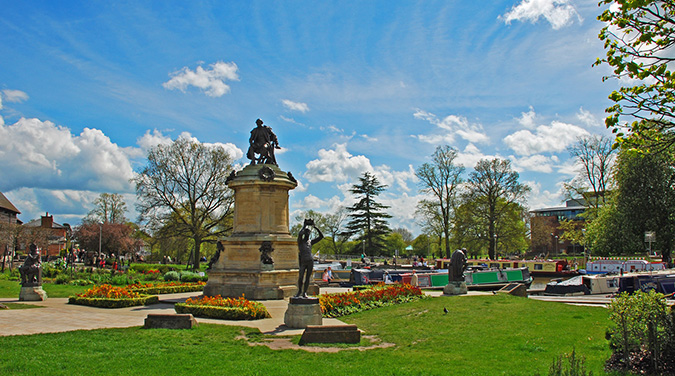 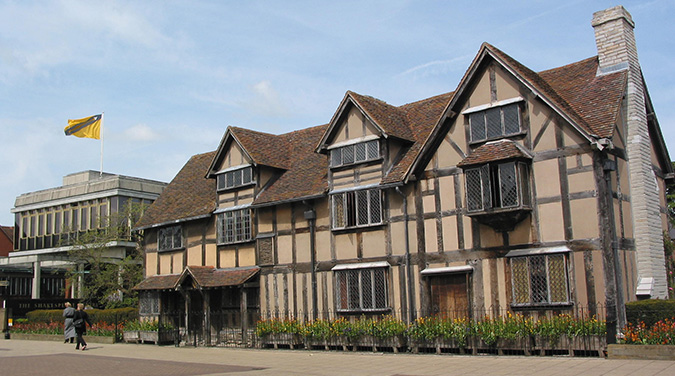 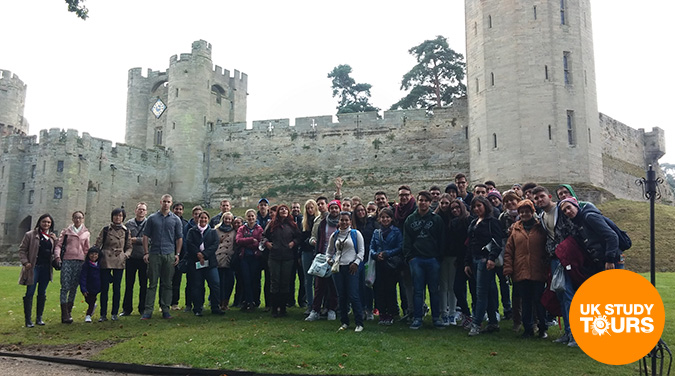 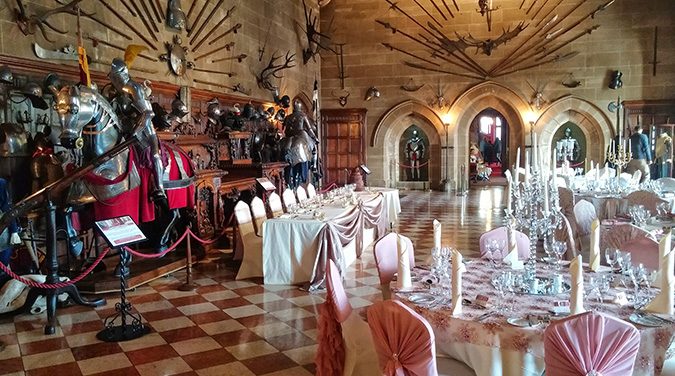 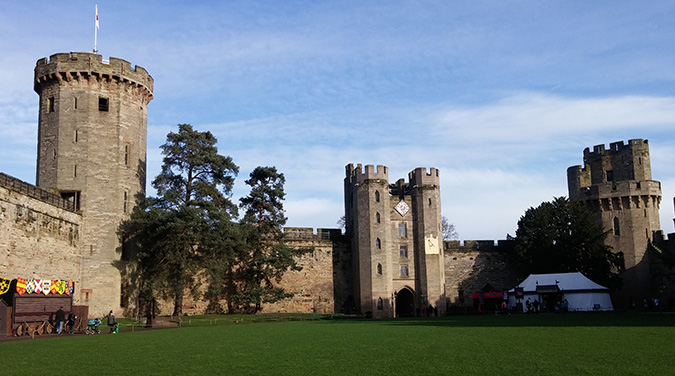 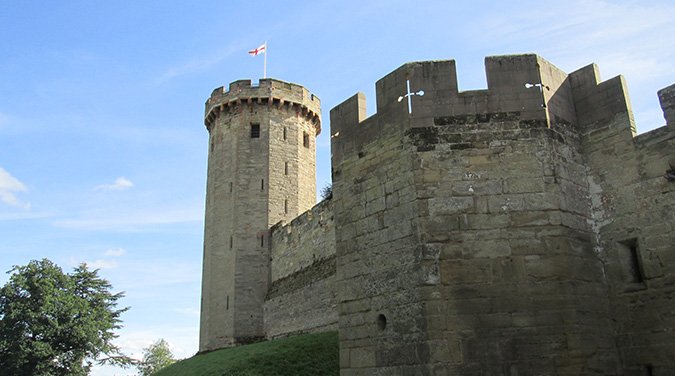 Welcome on a student tour to Warwick Castle and Stratford Upon Avon.

Warwick Castle, known as the ultimate castle in the country, is impressive and has a lot to offer the visitor. Many parts of the castle are open, including rooms filled with waxworks made by Madame Tussauds and splendid artwork, furniture or even medieval armour and weaponry. You can usually watch the birds of prey show with huge eagles, owls and others on display flying overhead. Also there are towers to climb or the gardens and the riverside to view. During weekends in August the medieval jousting on horseback takes place.

After a short journey we arrive in Stratford Upon Avon where you can join our walking tour of this beautiful Tudor market town. Many sights have links to William Shakespeare such as his house and birthplace, his school and the local church where he is buried. You will have at least 2 hours of free time for a late lunch and to visit any attractions, shopping, or exploring until we depart.

One of Englands most beautiful market towns next to the River Avon. This small quaint place is full of history, picturesque Tudor buildings, theatres, shops, many attractions and things to see and do.

Included on the tour you are shown the places where Shakespeare lived in Stratford which includes his Birthplace on Henley Street. It is open to the public with an exhibition centre to learn more about this great man.
We will also show you the King Edward VI School where Shakespeare went to study, the site of his retirement home and place of his death called New Place. You can also visit his final resting place where he is buried in the Holy Trinity Church.

Stratford upon Avon & Things to do:

Shakespeares Birthplace
Discover the fascinating story of William Shakespeares early years, and see where he spent the first five years with his new wife. See how his father, John, earned his living as a glove maker and explore The Shakespeare Exhibition, before entering the house and its outstanding gardens.

You can meet your favourite Shakespeare characters and watch some of his best-loved scenes brought to life by actors as you stroll through the house and grounds, you may even want to take part!

Nashs House and New Place
The last chapter in the life of William Shakespeare. Nash’s House was owned by Shakespeare’s granddaughter, Elizabeth, and adjoins the site of New Place, where the Shakespeare story ends in 1616. Home to the Complete Works of Shakespeare Exhibition, telling the remarkable story of one of the most influential and best loved books in the English language, as well as the most magnificent gardens and grounds

Holy Trinity Church
Visit Shakespeares Grave and the graves of Anne Hathaway, Dr John Hall and his wife Susanna Shakespeare and Thomas Nash in the chancel of Holy Trinity Church. Also in the chancel are 26 fine 15th century carved misericords. On the bank of the River Avon, this is one of England's most beautiful parish churches. You can also get dressed up in Tudor outfits available inside for a bit of fun and memorable photos! Price to enter is free but to go up to the grave of Shakespeare and family does have a small charge.

River Cruises
Enjoy a 40 minute River Avon cruise aboard one of the traditional Edwardian passenger launches. The river cruises take you on a sightseeing tour on which you will enjoy stunning and unique views of the Royal Shakespeare Theatre and Holy Trinity Church as well as experiencing the tranquillity of the countryside. This is one of the most naturally beautiful and unspoilt stretches of navigable river anywhere in the U.K.

Tudor World Museum
This award winning museum is situated right in the heart of the historic town of Stratford upon Avon within a Grade 2* listed historic building. Visitors will experience the horrible world of The Tudors, which relates the truth behind life in Tudor England in an educational, accessible and atmospheric way. Various aspects of Tudor life, from Elizabeth I to the plague, are shown through reconstructed sets and multi sensory equipment. The real life home of Shakespeares comic character John Falstaff, Terry Deary dedicated The Horrible History of Stratford upon Avon to the building.

NB: The tour date nearest April 23rd each year will include Shakespeares birthday event celebrations around the city.